Logic Apps in Azure is a leading integration platform as a service (iPaaS) where users can deploy and run Logic Apps anywhere to increase scalability and portability while automating business-critical workflows anywhere.

What are Azure Logic Apps?

Azure Logic Apps is used for  creating and running automated workflows that integrate apps, data, services, and systems in a cloud-based platform

The following list gives a few example tasks, that can be automated using the Logic Apps service:

The price of the logic apps is based on the continent. It is different in different regions. Let’s see the Standard Plan prices per hour in India and U.S

If you are from a different country then you can go and check the price at Azure’s website by applying filters to customize pricing options to your needs. The website will also give you the options to look after other plans prices too according to your requirement.

Logic Apps In Azure lets you abstract values for changing the workflows across your development, test, and production environments by defining parameters.

What is the use of pamameters in Azure Logic Apps.

For more detailed information you can check here.

Parameters in single-tenant versus multi-tenant

In Azure logic apps, the parameters work with two types of resources, they are as follows:-

For more detailed information you can check here.

The first step in any workflow is always started by an event called trigger which specifies the condition regarding running any further steps in that workflow. For example, a trigger event can be getting an email in your inbox or detecting a new file in a storage account.

There are 2 types of triggers (which are provided by some connectors for firing up events or new data when the specified conditions are met.  ) available where sometimes the trigger is available in both versions.

If there is a presence of new data or if any specific event happens then the trigger creates and runs a new workflow instance with the data as input.

Azure Functions and Logic Apps are both Azure services that enable serverless workloads. Let us see the differences between them so that you can choose the correct one according to your requirement.

The Logic App designer uses OpenAPI Swagger for rendering the inputs and outputs. Swagger is also used for understanding how to generate the cards as well as the properties for each of those APIs of operations that a developer has.

For more information, you can check here

Let us know about some of the use cases that Azure Logic Apps support. The use cases are as follows:-

How To Create Logic Apps In Azure

So as we have got a brief idea about logic apps, let’s understand the steps to create our first logic apps in azure but before starting with it make sure you are already meet the following prerequisites:-

Step 3: When you will be taken to the Logic Apps page, select Add.

Step 4: You will be taken to the Logic App pane where you have to give the following basic details for your logic app.

Microsoft has provided a guide on their website regarding every field you have to fill.

Step 6: Keep the type option as standard but if you want to create a logic app resource that runs in the multi-tenant Logic Apps service environment then you can select the Consumption option

Now next, give a name to your app by following the name rules that I provided above and provide the region you want to provide or keep it by default, and then you are done after clicking on Review + Create 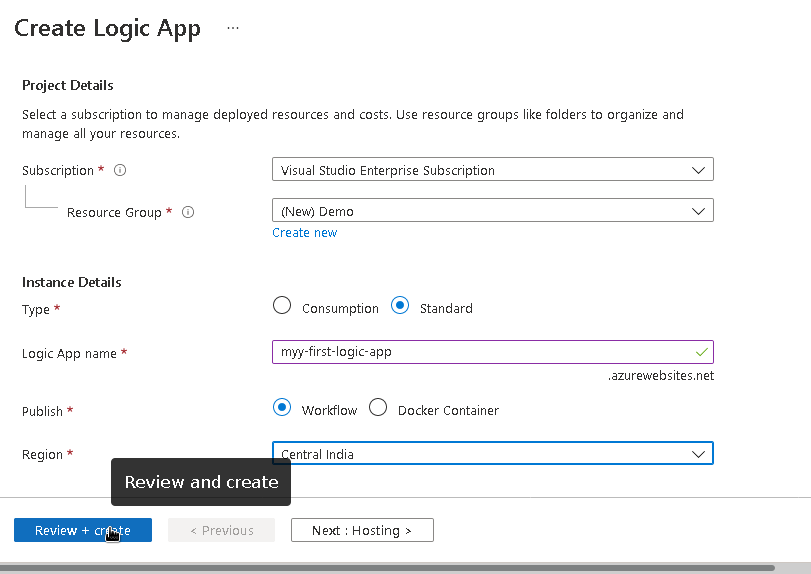 Step 7: Wait till it is validated and then click on Create. 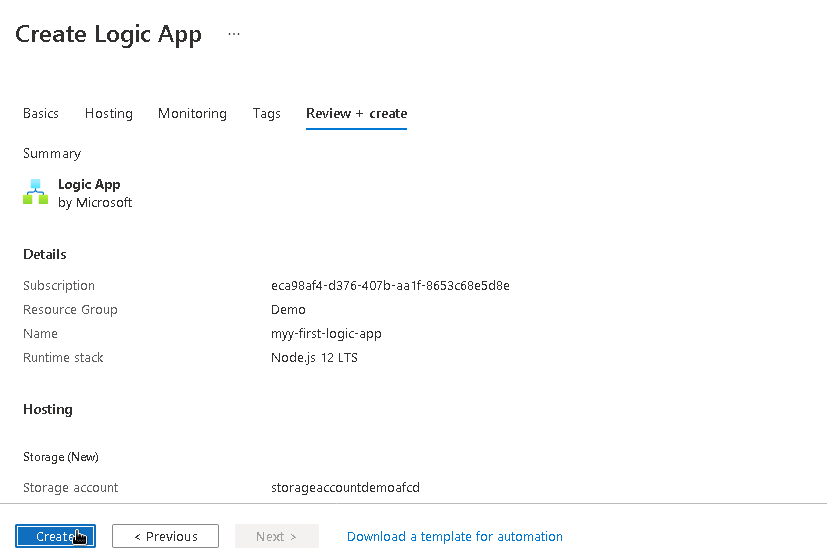 Next, when the process is completed click on Go To resources

Now you can see that the logic app has been created

Step 8: Next, on the left-hand side select the events option and choose Logic apps so that you can automate the event you want to. 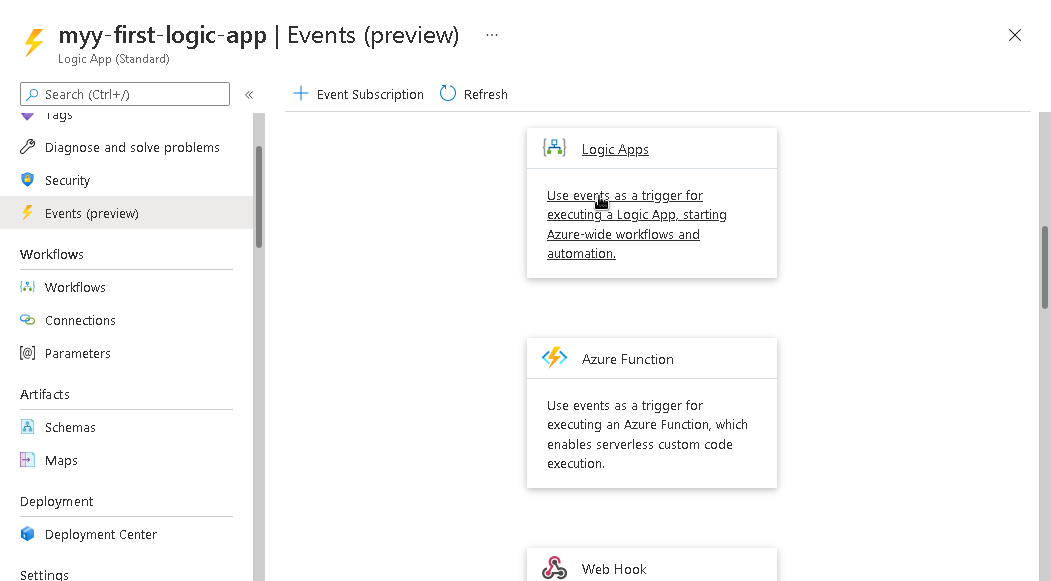 Step 9: Select the All option and then select the trigger option at the bottom and choose the options that are suitable for your requirement or you can search it too.

This is how you can create your logic apps where you can automate things according to your requirement.

We have already discussed parameters earlier in this article, now let’s see how to use them:-

In the Azure portal go to the Parameters tab from your logic apps under the Logic App Designer.

After clicking on the tab, the following panel will appear on the right side of the Designer:

The meanings are given in the Microsoft documentation

The available parameters are:

Logic Apps in Azure are a great choice for any business or any tasks that anyone wants to perform as in Logic Apps automation is done in a very user-friendly way and the programming part is kept very minimal as compared to the  Azure function so people with a non-technical background can also be very comfortable with automating their task. This technology is the future technology that everyone should adapt to.

[…] class Statebase, we are implementing the deposit and withdraw methods. These methods will call the abstract method Handle, this method will be implemented by the concrete implementation of state […]

[…] are many logic app string functions, but one that’s particularly useful and necessary. The key difference is logic […]

Best IT Companies In Bangalore 2022 | Beetechnical

[…] of experience and helped global businesses navigate their digital transformation. With the help of automation, third-party software, and licensing tools, the company helps enterprises speed up their time to […]